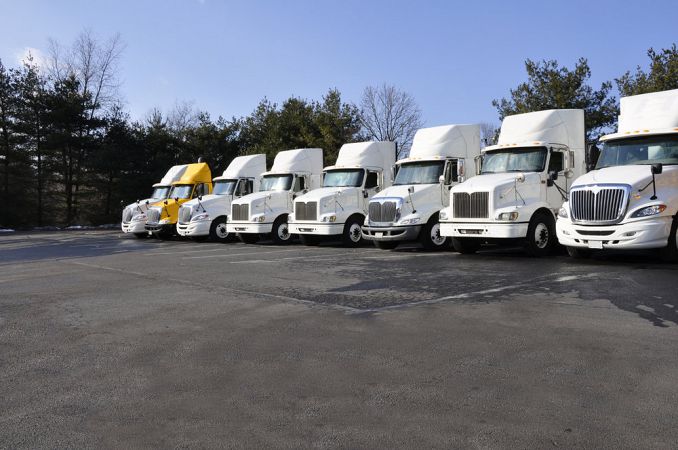 The changes to the tax law for 2018 as a result of Tax Cuts and Job Act of 2017 have led more fleets to consider vehicle leasing, and many of those are smaller fleets and owner-operators who may have only sought out equipment on the used market previously.

James C. Griffin Jr., COO & CTO of Fleet Advantage, said the company has launched new flexible leasing programs in response to the tax changes to help fleets achieve more balance-sheet benefits. Speaking to FreightWaves at the National Private Truck Council’s conference in Cincinnati this week, Griffin said that previously, fleets could deduct only 50% of the depreciation of their new leased vehicle in the first year, but the tax plan now allows them to deduct the full 100% of the vehicle, even if the lease runs for seven years. The change has altered the way fleet CFOs account for their assets.

This change is important for a company like Fleet Advantage, which has always pitched its leasing programs as total lifecycle management programs. Griffin said there is a clear uptick in maintenance costs in year 4 of a vehicle and a decline in fuel economy. According to Griffin, fleets can save $42,000 total over a 7-year lifecycle in maintenance and repair costs by trading out their vehicle in year 4. That savings is about $17,000 when trading out at 3 years versus a 5-year lifecycle.

Most Fleet Advantage leases are 5- to 7-year leases to account for a fleet’s budget and monthly expenditures on the cost of those vehicles, but all leases include an “exchange” clause that allows fleets to swap out for newer vehicles any time after 3 years. Griffin said most fleets are around 4 years, which is where the costs start to spike, but each fleet is different.

“We know in years 3 to 4 is when you start to see increased maintenance,” he said. “Our model is about lifecycle management.”

The lifecycle management looks at direct costs only, he said, but even with just fuel and maintenance/repair, the case for shorter leases is compelling.